Hi, I'm Owlbut! Welcome to my World of Learning!

In September of this year we will set out on our incredible journey, one that will give children the chance to learn more about their country. Do join us.

The main part of our site, reached from the items on the banner above, has a section giving info about every country in the world (cleverly named The World), lets you study a complete history of England (Times Past), takes you on a virtual journey, through every county and metropolitan borough in England, and, from September 2022 will take you a real journey through the same places, invites you to do and share with others a set of projects (Your Turn) and has a fun part for you to enjoy (The Club). 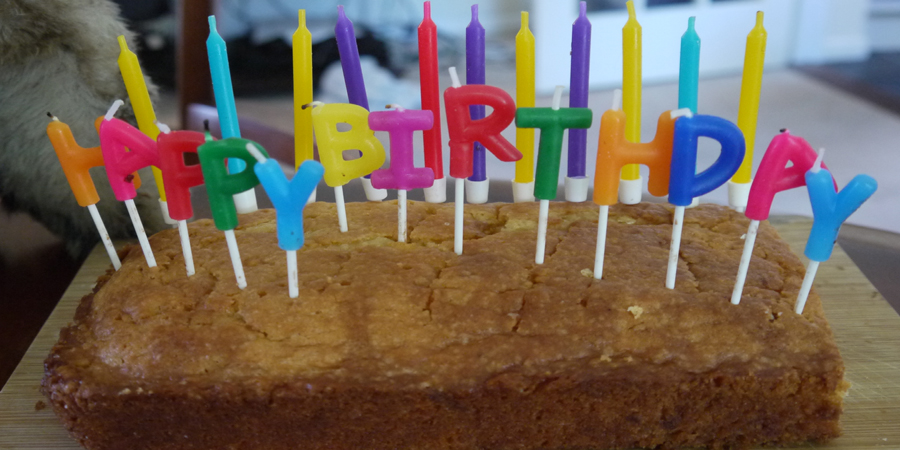 Owlbut wanted you to have a better look at his cake. Lemon Drizzle if you're asking.

27 June
A new weekly podcast is here but, far more importantly (guess who wrote this), it's Owlbut's 11th birthday. A little video of his life so far

25 June
A sneak preview of the beginning and the end of the videos we will putting up in our "In The Garden" section.

20 June
Time for our regular Monday feature called "What's Happening", which has now become a podcast. Check it out and find out how confused Denise can get over a pair of scissors and when Owlbut's birthday is.

18 June
We've reached the end of our journey through England On A Plate. In Tyne and Wear we show you how to make a Bacon Floddie.

16 June
Derbyshire has given us the Bakewell Tart and we have given it to you.

15 June
Rutland is the smallest county in England but we still found a traditional food there. Check out what it was from our English counties section.

14June
We're racing along now and we've reached Hertfordshire where we introduce you to the Pope Lady Cake.

13 June
Our plate has moved to Buckinghamshire and the little village of Stokenchurch which has given its name to a pie served there.

12June
England On A Plate is back and you need to go to Oxfordshire in our English counties section to watch our video. It's for the Banbury Cake.

10June
Can you imagine it if there were only 2 TV channels, no Netflix or YouTube. Richard doesn't have to imagine, that's how it was when he was growing up. Check our Have A Go No.27 and see what type of programmes he could watch. Then Have A Go at doing the same.

9 June
Have A Go at WWII rationing. Let's hope we never have to do it again.

8 June
Yet another Have A Go. This time we make a telephone (sort of).

7 June
They're coming thick and fast now. Have A Go at some Victorian table etiquette.

6 June
A new Have A Go appears tonight. Have a look.

3 June
The end of the beginning (soon) and a brief pause before the start of the next chapter (the big one). You can see how long it is till then along the top banner. Also, as it is the first Friday in the month there is a new (penultimate) paragraph in our Treasure Hunt. Check that out from the Club section. Meanwhile, in our What's Happening video, to your left, unless you are trying to read this upside down, Richard nearly tells the truth about his links to the Royal Family and also lets you know our plans for the next few weeks and Owlbut says don't forget it is his XI (11th, he's trying to speak Latin) birthday at the end of this month.

23 May
No new uploads to the site until June 3rd when we will have much to upload, much to tell and much to celebrate.

16 May
It's Monday so there must be a new England on a Plate in the English counties section and a new Have a Go in the Club section. I've just checked, there is. Gloucestershire Squab and Water Gruel. Now you've got to have a look.

9 May
We have a new Have A Go for the Stuarts period. It's, as usual, in the Club section.

6 May
It's a new month, it's Friday so that means a new paragraph in our Treasure Hunt story. Go to the Club page and find the birds.

2 May
Marzipan desserts are the Have A Go this week. Sweet. Meanwhile the Herefordshire Cider cake makes its appearance on the England On A Plate series.

The top set of banners are for our young followers while the lower ones are more explanatory for adults.

Keeping Safe On The Internet

Owlbut has changed the colours on his front page to Blue which, combined with our usual yellow, is our way of offering support to the people and leaders of Ukraine. Fighting and wars solve nothing.